Having finished the fifth season, we have no other choice but to wait about a year to unravel many mysteries and curiosities that were left in the air.

I’m going to talk about some of them here and trying to make some predictions of what might happen in Game of Thrones season 6. For each of the cases, I also added some polls to which I invite you to give your vote!

Participate in the polls and share with us what you think is going to happen and share with your friends! Let’s see what answers will win when finally the expectant sixth season arrives!

Warning: There might be some spoilers on this article!

The fate of Jon Snow

And here it is, the scene that shocked many Jon Snow’s fans. The poor guy helps the wildlings (and for a good reason), but he is considered a traitor by some mates of the Night Watchers. Led by Alliser Thorne, a group of them stab Jon, including his little friend Olly (who never appeared in the books). And will this really be the end of Jon Snow? There is a lot of speculation around this subject and many believe it was not the end for him. There are also those who even speak about a changing on his eyes’ colour when he died and arguing that as fact that he have reborned. In truth, he is a warg and he has a binding with his direwolf, Ghost. Would his mind will be transferred to his direwolf? 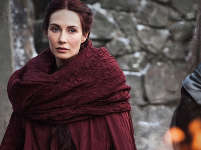 Others argue that, around that place, there is someone that could be able to bring Jon Snow from the dead… But who?

Oh! The mysterious red priestess Melisandre! Would she finally will learn how to reach such powers to the point of being able to resurrect Jon? She was marvelled when she learned that Beric Dondarrion has returned to live many times by the power of the Lord of the Light.

But until then it’s pure speculation. The actor himself has said in an interview that he was dead and that was final. On the other hand, George R. R. Martin doesn’t want to reveal the mystery but said that it was not Jon Snow that will have an important rule in the fight against the army of the dead but Bran Stark…

However, I believe in the event that he will incarnate in his direwolf Ghost… And you? 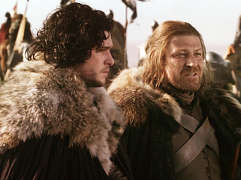 Although Jon has died, it seems that the mystery about his mother might be revealed in the sixth season. But, after all, it seems that we might have another revelation. It seems, Ned Stark would have spoken to king Robert about some Wylla, but the truth is that he might not even be his father at all.

There are those who speculate a lot regarding this matter and there is a strong possibility that his mother was Lyanna Stark, the deceased Ned’s sister, and his father was her captor, Rhaegar Targaryen. In this case, Ned has promissed Lyanna he will keep this secret, thus making him to lie to everyone, including his wife Catelyn, and made everyone to believe he was Jon‘s father.

Others also refer that his mother would have been Ashara Dayne, a noble woman from the house Dayne, that committed suicide short after giving birth to Jon. In this case, it speculates that he would have born from a relationship between Ashara and Ned or his brother, Brandon Stark.

I vote in his mother was Lyanna Stark… Leave your vote! 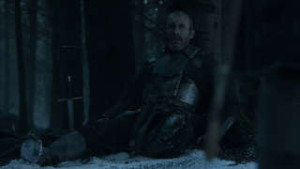 Regarding this animal, that allowed Melisandre to sacrifice his little daughter, by burning her alive, he should have had a similar death but in slow fire!

Now, the scene we just see is Brienne of Tarth – that should have seen the candle that Sansa placed at the window of the tower – to swing her sword. Would her really killed him? By resorting to the books, there are some that say that Stannis is still alive and had his encampment nearby. And he even had Theon’s sister as a prisoner. Since I don’t have enough knowledge about the version of the books, I can’t affirm this. But, in that case, there are some who also say that Stannins will get Theon and Sansa as prisoners too.

But we know that the TV series diverge a lot from the version of the book. So, what’s in the mind of the HBO producers will only be unveiled to us in the next season…

Nevertheless, in my opinion he died and that was the end for Stannis. What’s your opinion? 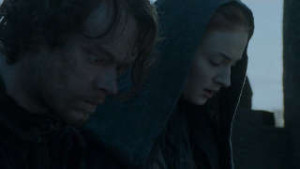 And another scene that was left in suspense! Theon, after killing Myranda to protect Sansa, climbs to the top of the wall with Sansa and gives her his hand. Then, afraid of reprisals from the freak of Ramsay Bolton, they both jump… And from what an altitude!

And the result? Did they die? Did they survive? Did they got wounded? Well… And would be Brienne that will find them? According to some book readers, they both survive and head to Stannis’s camp, where Stannins will send Sansa to Castle Black in order to get united with her brother. Thus, contradicting the previous idea that Stannis would have these two arrested, in case they have survived.

But in the series, it appears that Stannis died. And if Theon and Sansa really survived from the fall, will they head to Castle Black? Now, Sansa also knows that her young siblings are still alive. Would they go searching for them to take care of them?

Let’s wait and see… Once again, I invite the reader to give an opinion!

Yeah… Arya with her desires for revenge, kills Meryn Trant without having the permission from her mentor from the Faceless Men. And as a punishment, she gets blind.

It’s curious that, according to some, following the chronology of the books she should have already recovered her vision in this past season. Mas she gets blind in the last episode. What will be the fate of this girl? Away from her brothers – that she doesn’t even know if they’re still alive – she has no other place to go and there’s no other way for her than staying in the house of black and white and complete her training.

And you? What do you think about this? 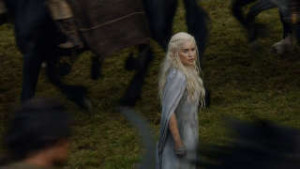 After the epic scene when Daenerys’ dragon, Drogo, appears in the arena to rescue his “mother” and take her away from there, she is now surrounded by “strangers”. Well, they are not that strangers! They are the Dothraki, the compatriots of her deceased husband Khal Drogo and led by Khal Jhaqo.

One interesting detail, she removed her wedding ring from her recent wedding and dropped it. And why? According to some sources, it’s a tradition that a “Khaleesi” should have stayed living with them. But she didn’t only fail that commitment, she also married with a noble man from Meereen!

What will this army, led by Khal Jhaqo, do with Daenerys? Will they punish her and take her with them? However, we have her dragon nearby, who could then come in her help and toast all those guys. Or will they welcome her and help her to return to Meereen and, who knows, even join her army of the Unsullied? Well, I think this will be very unlikely. But I believe she will return to Meereen.

According to some leaks that are circulating out there, we will also have a new red priestess called Kinvara that will appear in Meereen believing that Dany is the chosen one and will save the world from the darkness!

Finally, we should not forget that Jorah Mormont and Daario Naharis left Meereen in her rescue and, to me, it will be them who will end up to help her. There are fans that also add that they will release her other two dragons and mount them to go to rescue Daenerys.

What is your prediction?

Will “The Hound” return? 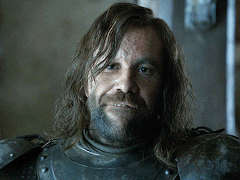 Another curiosity that generated a lot of speculations is what really did happen to Sandor Clegane, best known as “The Hound”. Everything points that the guy really died due to his bad injuries. After having supplicated to Arya Stark to kill him, she just took his money and went away, leaving this poor guy to embitter. In one of the events promotted by HBO, regarding Game of Thrones, the actor appeared in the list of the “dead” characters.

But, if in the end he survived? Well, as a start it would be another scene of total injustice regarding the poor Khal Drogo who died with just a wound in his chest (see curiosities of season 1).

However, there is a theory out there that says he did survive from his wounds and is living out his days in anonymity as a gravedigger at a monastery. And to increase the curiosity, there are some who say that the actor is in the casting call for the next season…

What do you say about this? Will he return?

The mysterious disappearance of Benjen Stark 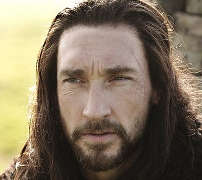 Another mysterious case in the series is the disappearance of Benjen Stark and the curiosity to know what really happened to him is huge! There are a lot of theories regarding the current entity of Benjen, in case he is alive.

The book introduces an enigmatic character called “Coldhands”, but he didn’t appear in the TV series yet. Some speculate that this character would be Benjen Stark. According to a possible leak of a script with notations it is said that the creature “Coldhands” could be Benjen. He was dressed with dark clothes like a Night Watcher but it was not possible to see his face. He also would have helped Bran Stark to reach the tree, but he didn’t recognize him because he didn’t see his face. This fact gives more emphasis to the theory he could be Benjen as he would be helping his nephew Bran.

Another theory points out that he could be Daario Naharis. When he headed north, he could also have gone to the shore to catch a boat and travelled to Pentos to go in search of Daenerys. In this case he would be a supporter of the Targaryen and was being in contact with Lord Varys (another Targaryen’s supporter) and Illyrio Mopatis from Pentos.

I even believe in the theory that he could be that “Coldhands”…. And what do you think about what would happened to Benjen?

There’s still a lot to talk, but for the meanwhile we will stay with this eight questions. We also have the case of Myrcella Baratheon, the two brothers Bran and Rickon Stark, Hodor, Sam and Gilly, Cersei Lannister… But we will talk about these characters in another post soon. Until then, feel free to participate in the polls and leave your coments!

game game polls predictions season thrones thrones 2015-07-02
Carlos Santos
Previous: Greece and the Euro
Next: The Syriza, the bandits of Europe, the euro and Greece 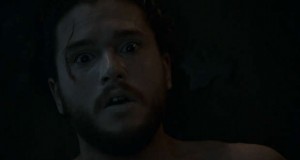 Game of Thrones – The return of Jon Snow! 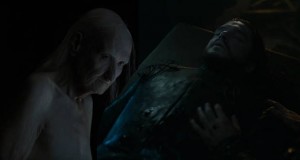 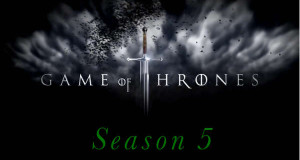 Game of Thrones – Curiosities of Season 5