After all, what is relatively consensual and true in all these theories?

The authors of the mythical gods theory hold that the 10 commandments are a plagiarism to the Book of the Dead, making the Egyptian religion the base for all Jewish-Christian theology. Baptism, live after death, final judgement, immaculate conception, resurrection, crucifixion, the ark of the covenant, circumcision, saviours, holy communion, the flood, Ester, Christmas, the passage, and many other things and attributes are Egyptian ideologies.

The Book of the Dead contained mostly magical precepts and litanies which dealt with the fate of those who died. It oriented people to the path to follow to reach the kingdom of Osiris after death. On this book, people could find a list of adversities they would face to reach the spiritual world, and in it they could also discover the various resources needed to triumph over all the hurdles. Although the book presented very advanced spiritual notions, its nature was somehow limited and, therefore, with a still mythological feature that makes it to be significantly hold off from the Jewish cult. And being this Jewish cult the base for Christianity, it makes us believe to be pretentious to affirm that Christianity sourced many of its believes from the Egyptian cult. 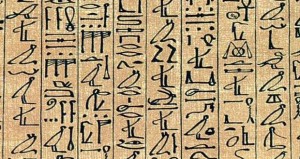 A fragment from the Papyrus of Ani (Book of the Dead)

Christianity has its foundations in Judaism and it’s from there we have to get answers and not from the pagan mythology. The biblical number 12 refers to the 12 tribes of Israel and it is not a representation of the 12 houses of the zodiac. The lamb of God is an analogy to the sacrificed lamb in a Jewish ritual, which not happened in the pagan cults where lambs were not offered in sacrifice to the gods. The word “sin” has its origin from the Hebrew people and being Jesus a Jewish, the concept was naturally applied to Christianity.

Osiris and Seth are similar to the brothers Abel, the good, and Cain, the jealous brother that ended by slaying Abel; Jesus, Mary and Joseph are somehow personified by Horus, Osiris and Isis; Isis run away from Seth to protect Horus, as Mary did to protect Jesus; Osiris, after Isis and Nephthys cared his body, resurrects, just like Mary, mother of Jesus, and Mary Magdalene did with Jesus that also resurrects; The catholic prayer of “Creed” that refers that Jesus is «seated at the right hand of God the Father almighty», the right hand of God, as a symbol of virtue and justice, the divine goodness and mercy, is similar to the right eye of Horus, which symbolizes the light, the good and the justice.

It’s true that the figurative element of life is the Sun, and this was not a mere artistic representation or tool to follow the movements of the Sun. It was also a spiritual symbol. In Christianity, Jesus was represented with His head in the Cross, “Jesus is the Sun”, “Son of God”, “the Light of the World”, “the rising Saviour that will reborn”, “the Glory of God defending against the Forces of Darkness”. But the Sun is not only a Christianity symbol. It is, in fact, the most ever loved object and its cult is common in several worldwide spread cultures.

Ancient civilizations did not only followed the Sun and the start, but they were also personified by them through myths wrapping their movement and relations. The Sun with its creator and saviour power was also personified to God’s likeness. The head of Christ


We have eared endless critiques regarding the impossibility to keep credible ancient records related to the shown calculations. However, it is not necessary to keep records over thousand years to make some calculations. The observation of the sun through several generations is enough to understand that year after year the sunrise never happens in the same exact location relatively to the constellations. So, in order to forecast where the sun will rise in the next 50, 500 or 5000 years, it will be enough to determine the angle difference between the sun and the constellations over some decades. It’s mere mathematics, something the ancient Egyptians had a good understanding.

The strong connection between that people and the stars it’s easily explainable, due to the nature of those civilizations, that were characterized by an isolation, who mostly believed that the observation of the stars would be the only explanation for everything. It might seem a bit far-fetched, but could had been the fact that people started to look less to the stars the main reason why there was a setback in the astronomic knowledge between ancient times and the middle age?

The subject regarding the Ages has some foundation, despite of the calculation errors presented. The authors hold that the Age of Taurus was between 4300BC to 2150BC. But the truth is that for many of scholars, the Age of Taurus started around 3822BC and ended around 1662BC. The same authors argue that between 2150BC and 1BC was the Age of Aries, but actually the Age of Aries was between 1662BC and 498AD. Again, they also argue that from 1AD to 2150AD is the Age of Pisces, but again most of the scholars hold that the Age of Pisces began in 498AD and will end by 2658AD.

The tale of the Noah’s Ark is directly taken from traditions, as the concept of the flood is widely common across ancient civilizations, with the existence of more than 200 different citations in different periods and times. It won’t be necessary to go farther from the pre-Christian sources to find the Epic of Gilgamesh written in 2600BC. This Epic tale describes huge floods sent by God; an Ark with saved animals; the release and return of the dove; all according to the biblical story, among many other similarities.

It’s true that in 325AD, the Emperor Constantine gathered the Ecumenical Council of Nicaea, where many political doctrines, with Christian motivations, were established. We must be strict and affirm that not only due these doctrines, but to socio-political factors as well , a long history of bloodshed and spiritual fraud had began. And for more than 1600 years that followed, the Vatican politically dominated all Europe with an iron grip, leading to a period of obscurantism through events such as the Crusades and the Holy Inquisition. Even today, the religion weight and influence still has it’s presence upon the political and religious world.


Joshua was born from a miracle, Jesus was born from a miracle. Joshua had 12 brothers, Jesus had 12 disciples. Joshua was sold by 30 silver coins, Jesus was sold by 30 silver coins. Joshua’s brother Judah suggested Joshua’s selling, Judas suggested the selling of Jesus. Joshua started his work at the age of 30, as Jesus also did at the age of 30.

The Zeitgeist’s authors support they are not being impolite, but they need to be more factual and academically accurate. They consider Christianity to be just a Roman story, politically developed by Constantine for social control. Jesus was the solar godliness of the Christian Gnosticism sector, and such as other pagan gods, a mythical figure. They defend Jesus as a hybrid, a plagiarism of the Egyptian Sun-God Horus. They argue that there are no non biblical records of the existence of someone called Jesus, son of Mary, who travelled with 12 followers and has cured people.

Pliny, Suetonius and Tacitus were the first three. Each one of their uttermost consist in just some few phrases that in the best surmise they refer to Christus or Christ, which in reality is not a name but a title instead, meaning “The Chosen”. The fourth source is Josephus, the oldest of those authors who was born at least five years after the alleged death of Jesus. It was proved that there is no direct testimony of facts that the documents have been faked centuries ago.

The defenders of the mythical gods thesis even go further to the surmise of Jesus himself never existed at all. They trace the Christianity evolution through a conjectural comprehension of the literature evolution of the New Testament and, therefore, they give primacy to the epistles about the Gospels to determine the point of view of the first Christians. The person of Jesus, according to this thesis, would have been the result of a later theological elaboration, with the purpose of building a solid base to ensure the diffusion of a new religion.

In this post, I tried to demonstrate inaccuracies in some of these theories, although I recognize some analogies that, in my understanding, they do not mean a recognition of the mythical gods theses to me. I simply agree that, given the proximity between the cultures, even because they shared the same historical and geographical space so many times, there could have been some coincidences or factual aspects regarding the similarities between the Egyptian beliefs and the Jewish-Christian belief. We need to be strictly cautious and not fell in the temptation of making generalizations. Mankind encloses within it so many mysteries that will be unveiled with the evolution of history, science and, specially, the consciousnesses. 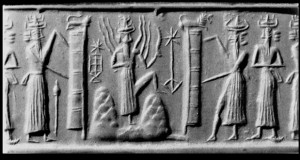 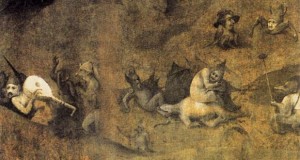 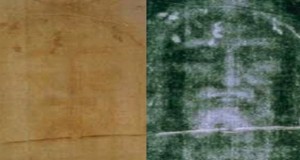